One of the “hallmarks” of cancer is the ability of cancer cells to spread to other parts of the body, settle themselves in this new environment and give rise to a new tumor. This process of spreading is known as metastasis and is something that typically aggressive cancers are known to do. In almost all cancers, cells can only spread within one organism. Almost all. There are a few – so far 4 that we know of – types of cancer that can spread to another body. In other words, there are types of cancer that are contagious, or transmissible, and that’s kind of creepy.

A transmissible cancer is a cancer where the cells themselves can spread to another organism and cause tumor growth in that organism. This is not the case for virus-born cancer. For example, in the Human Pappiloma Virus (HPV) is a virus that can be sexually transmitted and some types of the virus can cause a whole range of different cancers.  In other words, the virus is transmitted and the virus gives rise to cancer development.

DFTD is a very aggressive non-viral transmissible cancer that affects Tasmanian devils, you know, that Looney Tunes character that creates little tornadoes when it moves… 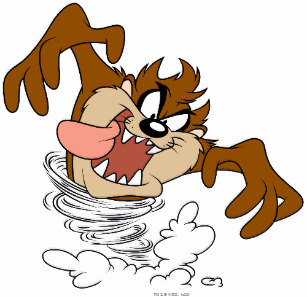 Why you so aggressive, Taz? Credit: Looney Tunes (Warner Brothers)

DFTD is a mouth cancer that looks really bad (don’t google it, or do, whatever, I’m not your boss) and is spread because Taz devils bite each other a lot. I guess, it kind of is an STI because they also bite each other during mating.

And because Taz devils are pretty isolated (they all live on the one island), and the cancer is very aggressive (spreads easily and is very lethal), and Taz devils are pretty aggressive animals (they bite each other a lot), it is a bit of a problem. DFTD has been observed since 1996 and has now spread to most parts of the island. It is feared that DFTD may cause the extinction of Taz devils.

Last year, I went to a talk by Elizabeth Murchison, who studies transmissible cancers, and it turns out that DFTD is actually quite interesting. In her talk, she explained that her team used genome reconstruction to track the origin and evolution of DFTD, and this led to the discovery that there are two independent types of DFTD (if I remember correctly, one of the cancers originated in a female Tax devil while the other originated in a male and that’s how they knew it had to be two separate types of DFTD).

But then the question is: why now? Taz devils have been around for ages, why have they now, within what seems to be only decades, developed two different diseases that are very similar to each other and that may lead to their extinction? Is it due to human influence, or perhaps climate change*? Has this happened to other species before, but we just didn’t know because we weren’t around or we didn’t know about cancers yet?

And, can we save the Taz devil? There are efforts to set up Taz devil sanctuaries on smaller islands off the coast of Tasmania to avoid these cancers spreading to the whole population. But if this type of cancer can spontaneously originate, how do we avoid this happening a third time?
Unfortunately, I haven’t made it to Tasmania yet (did I mention I traveled to the other side of the world recently), but I did see a Taz devil in the zoo. Can we save Taz, so he may roam around and make weird tornado thingies? 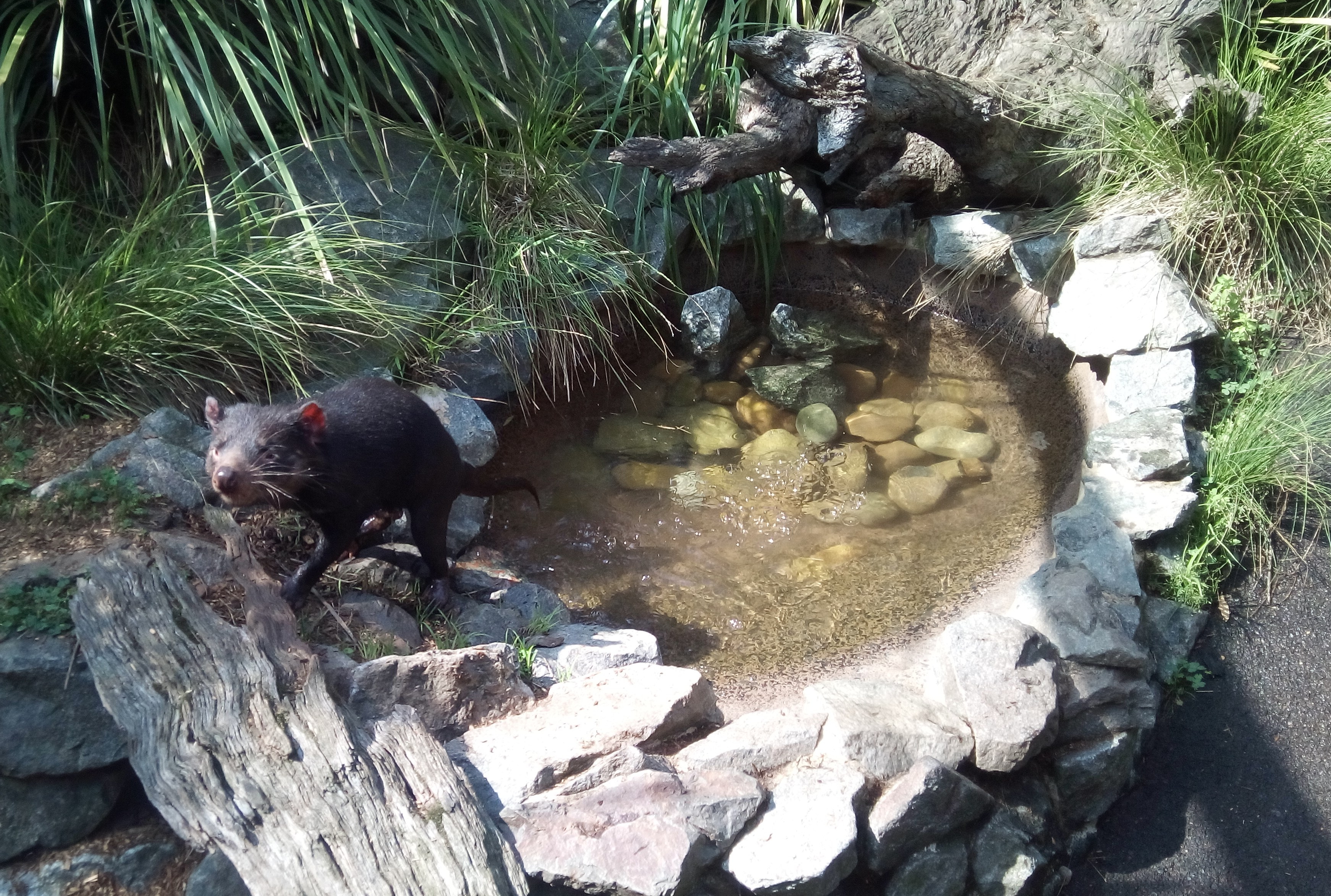 * Okay, technically speaking that means that it is still indirectly due to human influence.

This site uses Akismet to reduce spam. Learn how your comment data is processed.